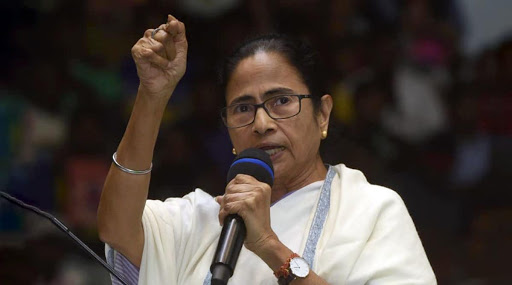 Mamata Banerjee, after reviewing work under the program on Monday, said: “A total of 1.12 crore people visited the camps set up under the Duare Sarkar program across the state until December 20. Of these, 71 lakh applied for benefits under various programs. We paid Rs 8,700 crore to various departments to provide services to those who applied for various programs. ” Durga Puja 2020: Mamata Banerjee announces 50,000 rupees for each Puja committee in West Bengal, issues guidelines for setting up pandals amid COVID-19.

In the wake of the COVID-19 pandemic, the TMC government has released additional funds for the well-being of ordinary people. “Last year (2019-2020) we spent 15,000 crore rupees on programs to provide benefits directly to people. This year we have already spent 24,255 crore rupees on social assistance schemes, ”Chief Minister Mamata Banerjee reportedly said. According to sources, a substantial amount was also spent on giving people free food grains during the pandemic and getting more people into social pensions during the pandemic.

Under the Duare Sarkar, benefits from state public schemes are extended to eligible persons. These include Kanyashree- money transfer program aimed at keeping women in school and avoiding their early marriages, Kadhya Sathi- for food security, Sikshashree- a one-time grant given to SC and ST students from 5th to 8th class to go to school, Rupashree – a time Rs 25,000 grant for the marriage of a girl, Jai Johar – for the improvement of the ST community, Taposili Bondhu – a pension scheme for people belonging to the SC community, and MGNREGA among others.

The West Bengal government is running camps under every gram panchayat and municipal area to ensure that none are deprived of the benefits of this regime. The camps are planned to be organized in four phases. the first phase camps were organized from December 1 to December 11. The second phase camps organized from December 15 are currently running until December 24. The third phase begins from January 2 to January 12 and on and the last phase is scheduled from January 18. to 30.

(The above story first appeared on LatestLY on December 22, 2020 at 4:42 p.m. IST. For more information and updates on Politics, World, Sports, Entertainment, and Fashion life, connect to our website Latestly.com).