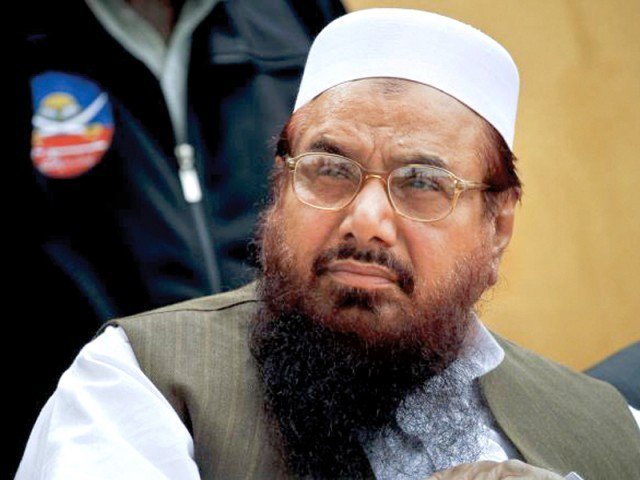 LHC judge Aminuddin Khan issued the order Thursday on a petition filed by Saeed. Judge Khan also ordered relevant authorities to submit a report in response to Saeed’s plea at the next hearing scheduled for April 23.

President Mamnoon Hussain signed an ordinance in February amending the 1997 Anti-Terrorism Act (ATA) in order to tighten the noose around individuals and organizations banned by the United Nations Security Council.

The move was apparently aimed at declaring JuD and its charitable arm, the Falah-e-Insaniat (FIF) Foundation, as banned groups ahead of the Financial Action Task Force (FATF) meeting in Paris that decided to put Pakistan on the anti-terrorism line. gray list of the funding body as of June of this year.

After the promulgation of the ordinance, all assets of JuD and FIF were confiscated in Azad Jammu and Kashmir and Gilgit-Baltistan. Some 148 properties and assets of the outfits were also seized in the Punjab.

Later, the head of JuD challenged the presidential order in the High Court in Islamabad. He also filed a plea against the authorities crackdown on his charities at the LHC.

Saeed’s lawyer AK Dogar argued on Thursday that the government was harassing the petitioner and creating obstacles in his welfare plans. He said Saeed is a Pakistani citizen whose life is made difficult under pressure from world powers.

“Pakistan is a sovereign state and no one can impose its agenda for personal gain from outside. The Constitution guarantees freedom of movement and the freedom to collect charitable works, ”he added.

The lawyer said that the FIF has played a great role in the development and prosperity of the country and has served with great commitment and dedication.

The lawyer asked the court to quash the disputed Home Office notification and allow its organizations to serve the population, a request the LHC tentatively granted.

Earlier Wednesday, the LHC ordered its registrar to consolidate all petitions, expressing concern that Saeed could be arrested at the behest of the United States and India.

The United States on Tuesday placed Hafiz Saeed’s political party, the Milli Muslim League (MML) on its list of foreign terrorist organizations, linking it to militants whom the United States and India blame for the Mumbai attacks in 2008 which killed 166 people.

The MML rose to prominence after fielding a candidate in a by-election in September 2017 to fill a seat left vacant by ousted Pakistani Prime Minister Nawaz Sharif.

Saeed is the founder of Lashkar-e-Taiba, which is also on the US Terrorist List and is banned in Pakistan due to his involvement in terrorism.

Saeed has repeatedly denied any involvement in the Bombay attacks.