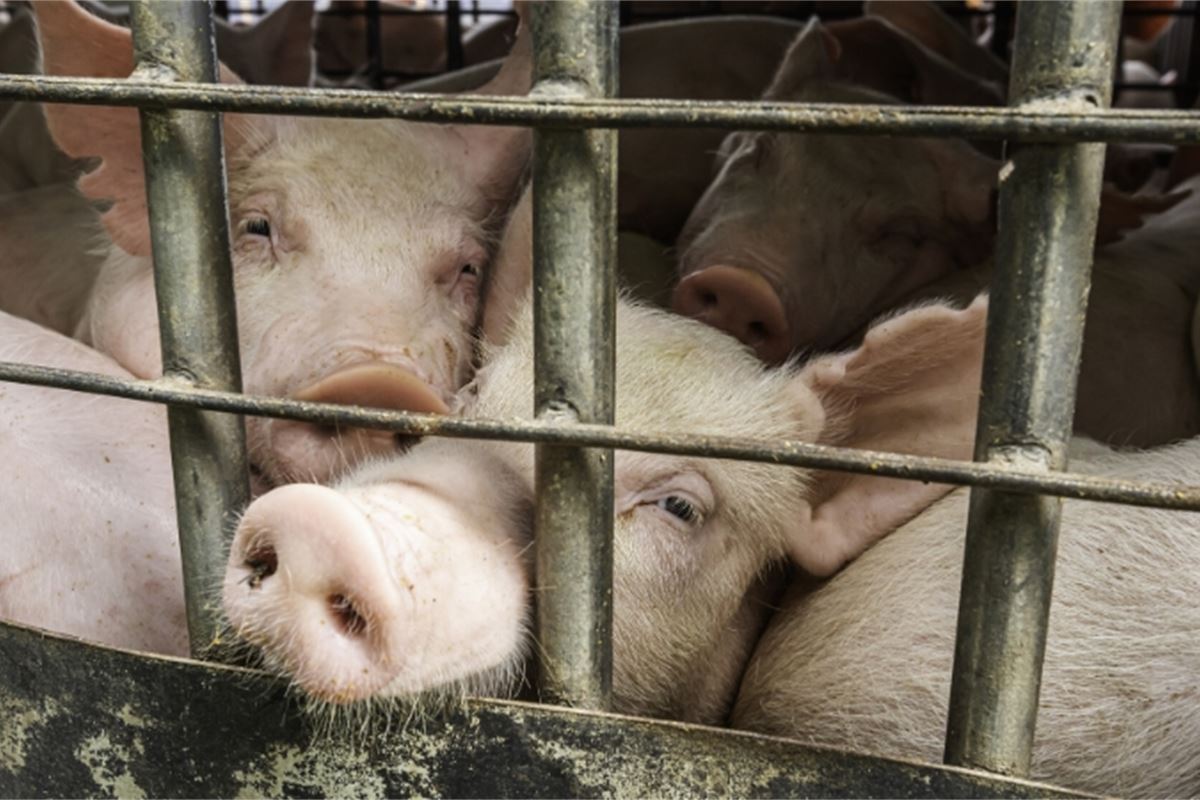 The move comes after the recent announcement by the European Commission of its ‘Farm to Fork’ sustainable food strategy, which includes plans to revise legislation on animal transport and slaughter.

Groups say the animals are being forced to make increasingly long journeys – sometimes lasting “weeks and weeks” – to distant places like Russia, Uganda and Thailand.

The groups say that globally, live animal export activity has quadrupled over the past 50 years, with nearly 2 billion animals transported in 2017, the latest year for which such figures are available.

“The committee will investigate alleged violations of the application of EU law on the protection of animals inside and outside the EU, including those traveling by air, road, rail and maritime” spokesperson for the European Parliament

The new parliamentary committee will be invited to submit a report in 12 months. It is tasked with examining a host of issues such as the alleged lack of enforcement of space, watering, feeding and littering regulations.

The temperature and ventilation of transported animals will also be within the purview of the committee, a parliamentary source said.

The new commission was approved by a large majority with 605 MPs for and only 53 against. It was created on the proposal of some 183 MPs, including GUE / NGL MP Anja Hazekamp, ​​a longtime animal rights activist.

A Parliament spokesperson told this site: “The committee will investigate alleged violations of the application of EU animal protection law inside and outside the EU, including including those traveling by air, road, rail and sea.

“It will focus on how EU rules are implemented by member states and whether the European Commission is applying them correctly.”

“The committee will examine the Commission’s alleged failure to act on the basis of evidence that EU rules on the movement of live animals across the EU and to third countries are being seriously and systematically violated.”

Hazekamp’s campaign on the transport issue coincided with several high-profile incidents of alleged animal abuse during transport, including the reported capsizing of a vessel carrying 14,000 sheep off the coast of Romania on its way to the Middle East.

“We want to force EU member states to comply with the rules and no longer allow the transport of animals during extreme weather conditions or for weeks on end to countries outside the Union” Anja Hazekamp, ​​MEP

Earlier last year, the Animals’ Angels protection group tracked cattle on a 6,000 km route across Europe and said they had proof the animals had not been unloaded for five days and were covered with frost on vehicles.

Around 200 reports detailing breaches of animal welfare regulations have been sent to the European Commission since 2017.

Hazekamp, ​​a Dutch MEP, says she has seen for herself many “questionable” practices in transporting animals.

She said: “This committee of inquiry will conduct a full investigation to find out how it is possible that the transport is re-authorized under illegal circumstances.”

“We want to force EU member states to comply with the rules and no longer allow the transport of animals in extreme weather conditions or for weeks on end to countries outside the Union.” said Hazekamp, ​​who is expected to be a member of the committee.

She adds: “This is a big problem which is really in the hearts of European citizens.

The decision to create such a committee, she said, marks a “historic breakthrough” for animal welfare, adding that a majority of MEPs have said animal transport should be subject to ‘an investigation “very firmly because they can all see that there are so many issues that are wrong”. . “

Francesca Porta, of Eurogroup for Animals, said it was a “very important” decision, in part because member states said they could not force a non-European country to comply with an EU law.

“But it’s not about forcing. It is for the Member States to assume their responsibilities.

Animal welfare organization Four Paws said the decision to create a committee was a “milestone decision.”

Marta Hugas, Chief Scientist at the European Food Safety Authority, said: “As part of its new Farm to Fork strategy, the European Commission is revising the current provisions on animal welfare, in the aim to create a more sustainable food system in the EU. “

“Having high animal welfare standards improves animal health and food quality, reduces the need for medicines and can help conserve biodiversity. Healthy and well-groomed animals are essential to a healthy food chain.