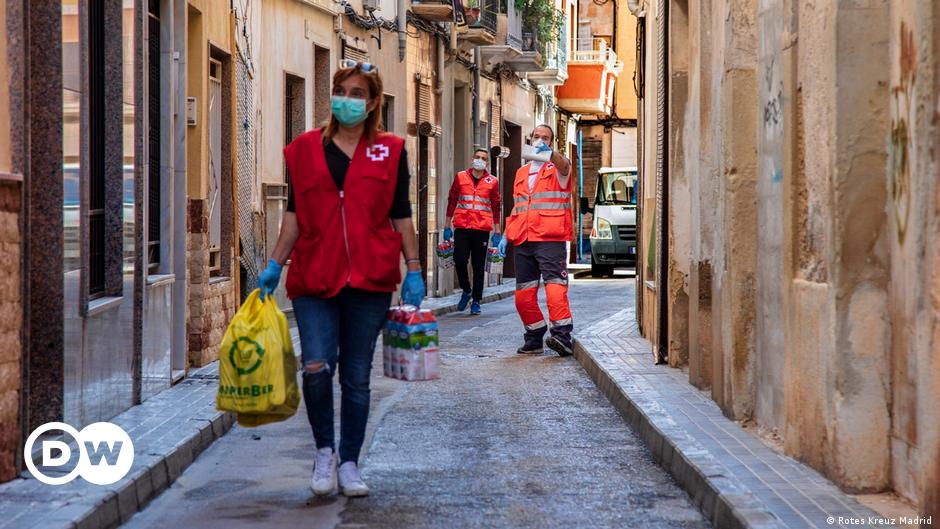 Padre Angel knows that poverty in Spain existed long before the coronavirus crisis hit the country. In his congregation in Madrid, he has been trying for years to do what the state is unable to do. The church still has a say in Spanish society and plays a crucial role in education and the fight against poverty.

Besides Caritas, Padre Angel’s Mensajeros of peace (Peace Ambassadors) is one of many organizations across the country that distribute food, offer pastoral counseling, and provide shelter to the homeless.

“There has never been such poverty before,” said the 83-year-old. “Before the coronavirus crisis, we distributed around 100 breakfast packages per week; now it’s the same amount per day. For a long time, the state has been reluctant to introduce social benefits for people in need, “although their numbers have increased dramatically over the past 10 years”, as the padre knows from his own experience.

In 2011, many victims of the global financial crisis and corruption in Spain took to the streets to demand a fairer economic order. It was only after a left-wing coalition government came to power in January that the first steps were taken towards greater social justice.

Current figures are not available, but a 2018 report from Banco de Espana (Spain’s central bank) shows that poverty has been on the rise since 2009, especially among those aged 45-54. Over 10 years ago, 720,000 households were affected by poverty – nine years later the figure had risen to 1.2 million.

Although questioned by many at home, the European Commission is in favor of the basic security services that Spain now grants despite high public deficits. These benefits only apply to people whose gross annual income does not exceed € 16,000 ($ 17,900) or for households with 4 family members and an overall income of less than € 45,000 per year.

“Each crisis has exacerbated social inequalities in Spain, and the coronavirus pandemic has been the third blow to our economy since we joined the EU,” noted the head of the Spanish branch of Caritas, Francisco Lorenzo.

Padre Angel focused on tackling growing child poverty in his country. “It’s a shame that 2 million people here are often hungry and don’t have enough clothes to wear,” he said. His church is located in the San Anton neighborhood in downtown Madrid and is open to the homeless and hungry.

During the extended lockdown caused by the coronavirus, the chaplain used social media platforms such as Instagram for his pastoral advice.

Normally, the poor are allowed to shower in his church and use the wireless internet for free. And they can eat in special restaurants. “We want to give a little dignity back to as many people as possible so that they are not ashamed to show up for a job interview,” he said.

People can even get their hair cut and have a pedicure for free. This is not to be sneezed at, given that Spain has the second highest unemployment rate in the EU, just ahead of Greece.

The unemployment rate is currently 17%. But it is also estimated that the underground economy represents 25% of the gross domestic product (GDP) of the country. This shows how inefficient the economy is still.

“Unlike the 2008 global financial crisis, the current pandemic is now also bringing middle-class families to soup kitchens – families who do not have enough savings to cover their basic needs. “, said Maria Blanc Fernandez-Cavada of Caritas in Madrid.

People are living beyond their means, ”argued economist and sociologist Andres Villena. This means that around 850,000 households should be entitled to € 462 monthly social allowances from June.

As there are no family allowances in Spain, each child living in a poor family will increase the amount of allowances by 130 € per household concerned.

“But we want to avoid a situation where people can just lean back and do nothing,” Spanish Vice President Pablo Iglesias said in an attempt to appease right-wing activists. “The Spanish government has the unique opportunity to evolve towards a more sustainable economy and to make our social network more resilient,” said Villena. 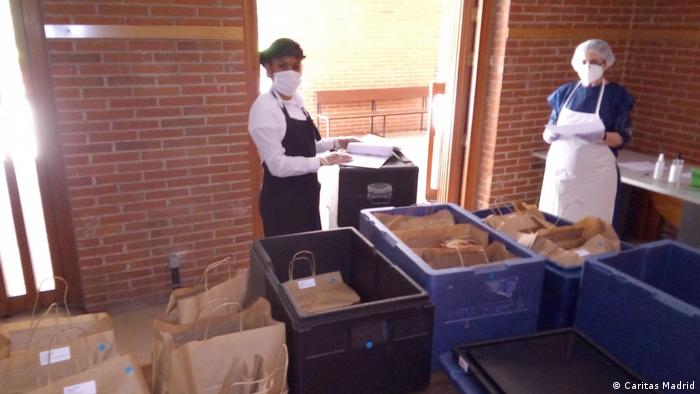 But not all people in need will benefit from social benefits. Estimates suggest that there are half a million migrants in the country without a residence permit, and these people are going to fall apart.

The Spanish Red Cross (Cruz Roja) estimates that it will need to help an additional 2.4 million people cope with the fallout from the pandemic, by providing psychological and material assistance. The problem is that social housing is not as available and affordable as in Germany, for example, and everywhere in Spain people do not have access to housing benefits.

Overpriced apartments have made the whole system “sick,” said Villena, who has often criticized real estate speculation. Cruz Roja says women and children are hit hardest by the pandemic which is expected to result in massive layoffs in the next two months.

One of those already suffering is Carmen Perez, 40 (name has been changed to protect her anonymity). Perez has two children aged 9 and 11. She works in a communications agency in Madrid and has seen a drastic drop in orders since March. The single mother has had to accept a short-term job and her savings are depleted.

“If they see me, I will have to go back to my parents,” she said. At the moment, she is managing to make ends meet because her landlord has agreed to temporarily reduce her rent by 20%.

“We are not making arrangements to help us get through hardships like this – the Germans are better at it,” Villena said, adding that he hoped that a reflection would finally be put in place in Spain at the time. continuation of the current crisis.

Padre Angel notes that nothing is more important than the people themselves. “This is what the 30,000 deaths caused by the virus have shown us in a very dramatic way,” he said.