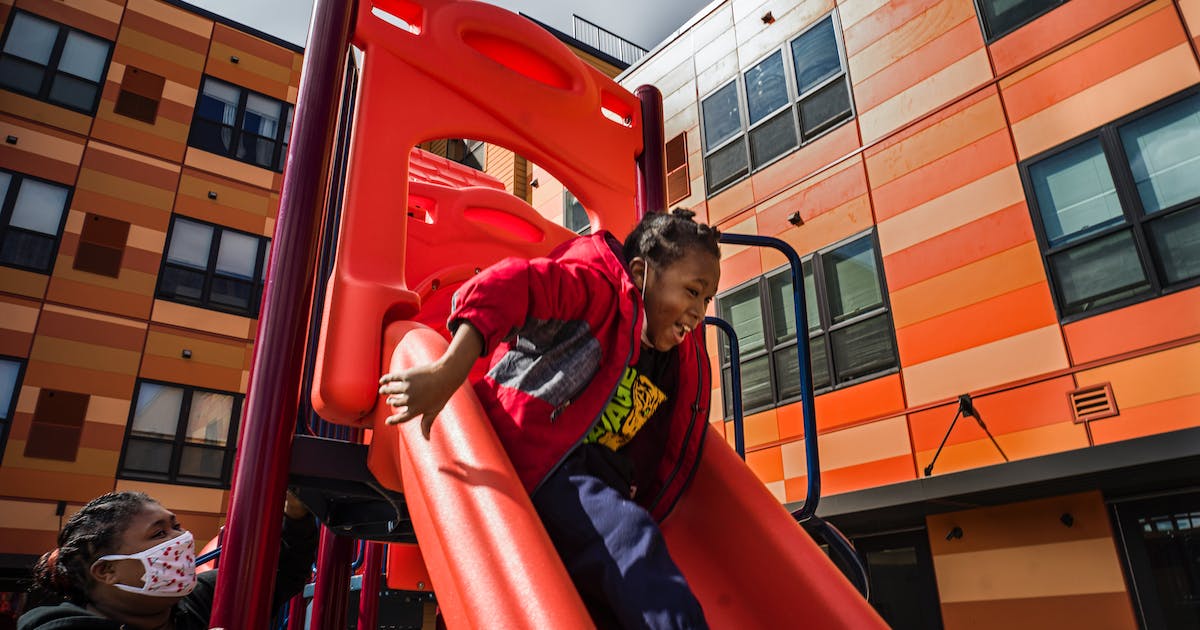 Thousands of Minnesota families living in poverty will see their monthly payments increase and no longer have to go through onerous paperwork to prove they are eligible for public assistance, under new proposals to simplify the system of state social protection.

The proposed changes under consideration at the State Capitol would eliminate the requirement that people participating in the Minnesota Family Protection Program submit a complicated and lengthy form each month to prove eligibility. And, for the first time, monthly payments from the Minnesota Family Investment Program (MFIP) would be adjusted each year to reflect rising costs for food, rent, and other essentials.

The cost of living increases, if approved, would mark only the second time in 35 years that welfare recipients in Minnesota would see an increase in their monthly benefits, the value of which has steadily declined due to the inflation.

The measures are designed to reduce stress and provide some income stability for the roughly 30,000 Minnesota families who receive cash assistance, and are said to be the most significant changes to the state’s welfare program in decades. .

Minnesota is the only state that still requires welfare recipients to submit an eight-page form each month showing their income, assets, and expenses. Every change in reported monthly income results in a change in benefits, making it difficult for low-income families to plan for the future.

“If there has ever been a program whose design has hampered its very purpose, this is it,” said Social Services Commissioner Jodi Harpstead, whose department oversees cash assistance programs. “If people are spending all of their time filling out MFIP documents instead of filling out job applications, which they want to do, then that defeats its own purpose.”

Gov. Tim Walz’s proposed budget would allow families receiving MFIP benefits to freeze benefits for six months, aligning state welfare reporting requirements with other safety net programs , such as the Supplemental Nutritional Assistance Program (SNAP), also known as food stamps. Its budget proposal also includes a one-time payment of $ 750 to families who receive MFIP to help them meet critical needs. Currently, the maximum cash payment for a typical family of three is $ 632 per month, about 35% less than the median gross rent in Minnesota.

The proposals have the support of a cross section of nonprofits, county social service agencies and religious groups and reflect a broader shift in attitudes regarding cash assistance programs for families. impoverished.

“It’s a game-changer,” said Jessica Webster, an attorney at Mid-Minnesota Legal Aid. “After decades of profit erosion, even a modest expansion of [MFIP] payments and relaxation of reporting requirements are very important. “

A quarter of a century ago, President Bill Clinton promised “to end welfare as we know it”, calling it a “broken system” that traps people in a cycle of addiction. Its changes eliminated Assistance to Families with Dependent Children (AFDC), the government’s main social protection program, and replaced it with a motley system of block grants that gave states broad powers to impose new work requirements and limits on benefits.

But public representations of well-being have started to change in recent years amid concerns about worsening inequalities and rising costs of housing and health care. The coronavirus pandemic has amplified these concerns by forcing millions of Americans out of work and making it harder for many families to make ends meet. In Minnesota, the pandemic sparked a hunger crisis, with visits to emergency food shelves exceeding levels seen during the Great Recession of 2008 and 2009.

“There is a growing awareness of the shocking difficulty we make getting help for people whose lives are already very difficult,” said Representative Tina Liebling, DFL-Rochester, Chair of the House Health Committee Finance and Policy.

A large-scale new study, released earlier this year by the Department of Social Services (DHS) shows the profound effects of extreme poverty on physical health and longevity. He found that Minnesota adults living in “great poverty,” which means their income is half the federal poverty level or less, have a death rate twice as high as those who are not as poor. . They experience 40% more avoidable visits to hospital emergencies and 23% more avoidable hospitalizations. Children living in extreme poverty are also much less likely to receive preventive medical care and are 10% more likely to suffer from post-traumatic stress disorder, according to the DHS analysis.

The 155-page study also highlighted the extreme volatility of Minnesota’s welfare benefits and the degree to which poor families are entering and exiting the program – known as “churn.” DHS researchers looked at a cohort of cases and found that 33% of MFIP beneficiaries who left the program were reenrolled within six months, far more than the food stamp churn rate. This volatility contributes to the stress of being poor, the DHS researchers found, and may be linked to the MFIP’s extensive reporting requirements.

Janesha Anderson, a 21-year-old single mother from north Minneapolis who receives MFIP benefits, said she struggles each month to get the necessary documents on time. Because she has a learning disability, Anderson has a hard time understanding the questions and must find a friend or relative to explain the form to her each month. Next, she and her 7-year-old son, Jermel, have to take a 20-minute bus ride from their apartment to a Hennepin County office that accepts forms.

“Sometimes I’m afraid of dropping an important document and being cut [from MFIP], and then I would have no way to support my son, ”she said.

Monthly reporting requirements stem from welfare cuts made in the early 1980s. Most states turned to a more reliable payment system after recognizing the additional paperwork burden imposed on both poor families. and local government agencies, said Liz Schott, senior researcher at the Center on Budget and Policy Priorities in Washington, DC.

“One of the biggest reasons people lose benefits is because they have to jump through all of those hoops,” Schott said. “People already have complicated lives and the termination of benefits can wreak havoc on a person’s well-being.”